Once
upon a
time
in a
blogosphere
far, far
away
lived
a
little Blogger
named Janet
aka..The Empty Nester. 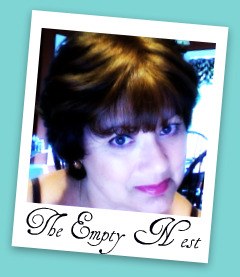 Janet was a happy little blogger
Janet loved to paint
She really loved creating couture aprons. She was an official  'Apronologist' you know 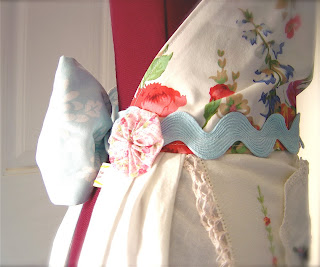 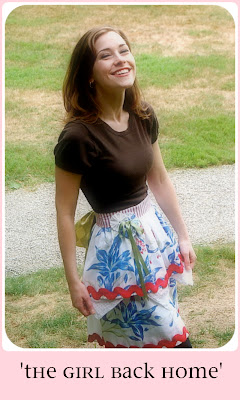 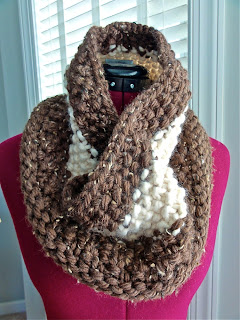 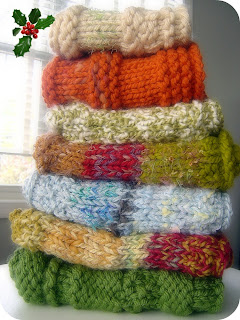 She was well known for her upcycled children's sweater 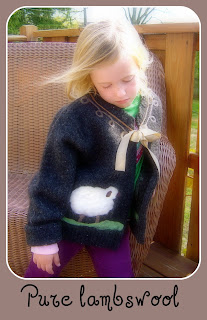 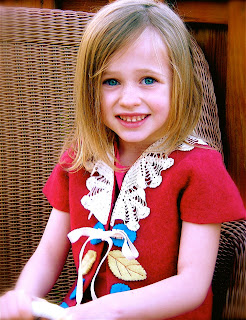 Whenever Janet found herself in fear of something, she would face that fear and conquor it 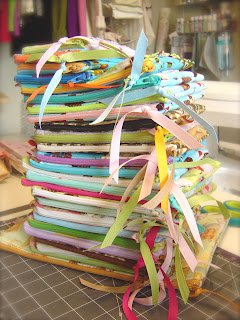 Remember her fear of zippers??
A thing of the past.
Janet was a pretty happy lady until she saw this..
*
*
* 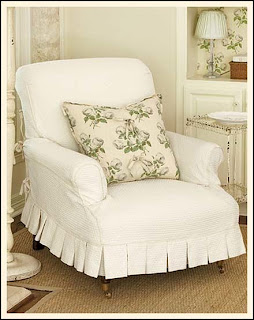 Janet stumbled onto a photo of a lovely slipcovered chair and she was intriqued.
It was a thing of wonder and beauty...she needed to find out more about this creature.
She set out in search of more evidence that these wonderous beauties were out there in the vast Blogosphere, breeding and thriving.
Who or what was giving these objects life?
Then one day, while on a discovery mission, she spotted a few blogs with evidence of linen and drop cloth
life.
She knew that if she found even the smallest samples of painters drop cloths, that meant the blog could support slipcover life.
She was onto something BIG!
First she discovered a distant blog ruled by the Empress Miss Mustard Seed. Then she landed on another blog where Queen Shelley ruled over an army of slipcovers!
These discoveries led her to the Kingdom of Pink & Polka Dot, where every Friday, Janet was treated to a parade of slipcovers.
Janet was determined to create one of these fabulous furniture beautifiers herself.
How on earth would she ever accomplish this...she knew nothing about slipcovers or piping and pleated skirts.
Janet did not ponder this dilema for long, because she was to discover that these Queens of slipcovers where a very friendly species. They had no plans to take over her blog and enslave her...but only to teach and nurture Janet in the mastering of this art form. To prove it, they offered valuable advice in the form of DVD's, online tutorials and slipcover seminars.
Armed with a plethora (don't you just love that word?) of instructional help, Janet decided to create her own slipcover 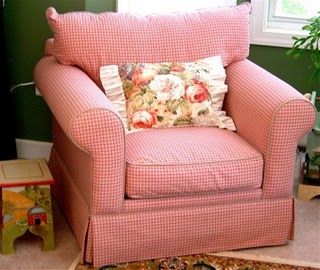 Janet had purchased this comfy club chair at a thrift shop a few years back. It's simple and clean lines were perfect. 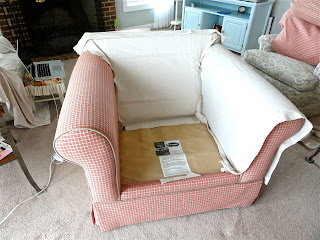 So the pinning and tucking began 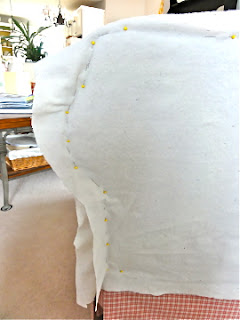 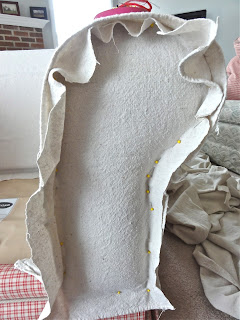 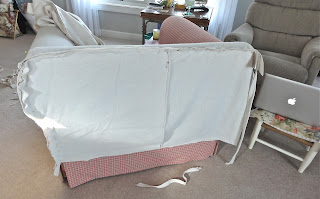 and draped and pinned some more...and after rewinding her DVD and online tutorials many, many times 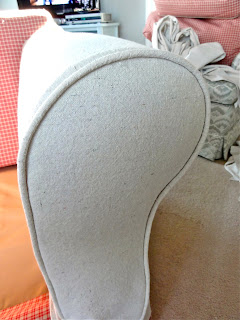 she was doing it!!!!!
Janet was breeding her own little family of slipcovers.
When finally one bright sunny day...she stood back and smiled
She had created her own and very first slipcover..
*
*
*
* 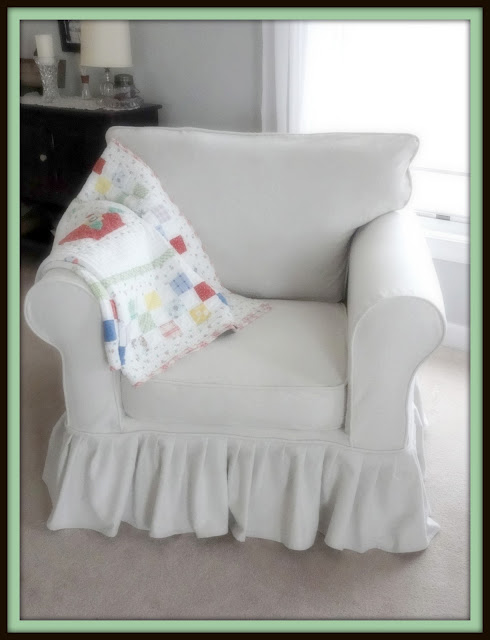 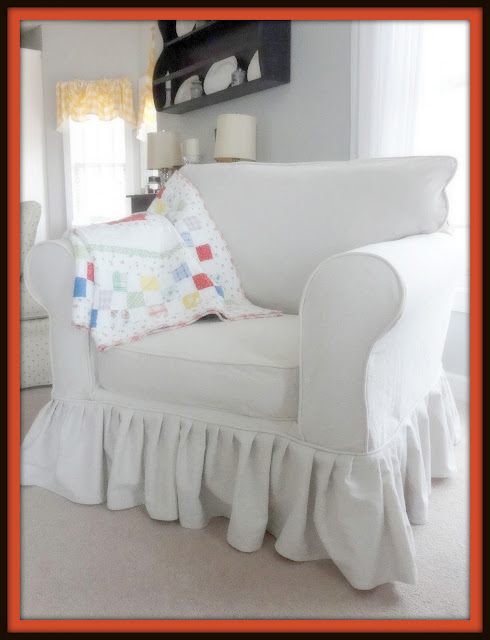 Beautiful and very proffesional!
I have two chairs waiting and ready for me to try this on. I'm not sure what the holdup is.
Cathie

And Janet's friends were not at all surprised that she did this, because they know that she is a fearless explorer in all things creative - knows no boundaries - conquers all techniques - laughs in the face of the unknown!

This looks really pretty! I like the ruffly bottom.

Hey Janet....IT turned out great!!! Awesome that your chair was the exact same shape as the one in my DVD. Now you are going to buy chairs at every garage sale you pass!

Janet is conquering the world - one thing at a time. First the slip covers and next the . . .
Stay tuned to hear the next adventure.

Holy smokes, girlfriend! Your first attempt turned out way better than mine did! Yours looks professional!

I am in awe! That is so beautiful and transformed that chair into a thing of beauty! I just don't know if I could do that-despite tutorials and DVD's-or not! That is just amazing! You should be so proud - you did a wonderful job!

It is a thing of beauty to be sure. I hope the students in my next slipcover class as as brave and eager as you! It is so fun to teach something and eatch how it makes people feel so good about what they can do... you did great!

I can't think which is more wonderful.....the post OR the slip cover!!! Super job!!
Beth

Oh my goodness girl, I love it! It's absolutely beautiful:>)

Wow! You have given me the courage to try this....I have a very similar chair....may I ask which DVD or tutorials you followed?

Janet, you are a true artist. So talented.

I love the story Janet. You did such a beautiful job on the slipcover. She looks great next to your new kitchen!
xoxo
Stephanie

stunning!
i have been wanting to make a slipcover for my couch. i just need to get the dropcloth. every time i go to the store i seem to always forget.

you did an amazing job, where did you find that dvd you talked about? how, could i get my little fingers around one myself?

thank you for sharing,
jackie

OMG,its beautiful. I have to ask though, did u use the dropcloth or the linen? Im about to have a few made and am unsure as to what material ide like to use....thanks, Bonnie

Oh you are such a clever chook (Aussie term of endearment)

You did an awesome job...
xoxo
KA

Inspirational!! It's perfect. You are a brave and creative soul!! I would love to try this some day when I get brave to a love seat in my bedroom. Can't wait to see what's next!

Ooooh, you clever lady! That's awesome Janet. Your blog post is a bit of a work of art too though - I thoroughly enjoyed reading it! :D

Sheesh... you had ME welling up with pride and I didn't even teach you! :) What a fabulous job! And yes, I can see you followed the best of teachers. Extremely well done, and you've nearly motivated me to run for a drop cloth and wing chair of my own. Nearly... workin' on it!

I'm ga, ga, like the rest of 'em. My first attempt certainly didn't look that nice! I aspire to follow your lead :o)!!

Wahooooo!! Lovely does not describe this piece - it is beyond words!! What a brave soul you are to tackle upholstery - and on such a large piece! Hats off to you. An amazing work of art!

I knew you could do it!! Wanna come do mine now???

For REALS??!!! Your first time???! It looks so super duper professional!!!! Loooove your post....I just can't get over that we both love aprons and knitting :)

Wow, wow!! I can't believe that is your very first slipcover. Amazing work. Of course, you're already an amazing seamstress, so this was no problem.

No YOU need to help ME conquer my fear of zippers. I've never sewn one in my life.

You did a beautiful job!!!! It's not hard but your little fingers do suffer from all of the pins! It's worth it though! JenT

I have looked at a lot of slipcovers lately that are very good...but yours? is exceptional!

Thanks so much for the good info, i really appreciate u taking the time to email me and let me know. Ive decided to go with the drop cloths and save the linen for the bedroom re-do. I will be sure to let ya know when their done, thanks again, Bonnie

Tell me this is not your first attempt at such professionalism. What a gorgeous job you did, piping and all. I have yet to try the piping, and it is so stunning. Congrats on conquering a monster of a job. Bravo! Bravo!
BlessYourAmbitiousHeart

Wow~ you really did a FANTASTIC job on that slipcover!! It is just gorgeous!! I loved your little tale too- very cute!! Thanks for sharing at FNF! Hope you'll come back and share again sometime! :)

HI Janet.
I saw your art at Kirsty's blog. Do you sell the originals? Can you please contact me at www.desireempire.com for an answer. Your chair slip cover is lovely by the way.

It was so nice to meet you in JoAnn's. Wow! What a small world, to run into you at the fabric store after just reading your blog for the first time last night! I enjoyed speaking with you and you have encouraged me to give my slipcovers a try. I hope to run into you again!

Outstanding job but I have a tip.....use a fabric (I think they're also called undulating) stapler instead of pins! Your sore hands will be so grateful!

Wow amazing!!! I wish I could figure this out!! I am clueless with the piping... Actually I am just clueless!!

That's a wonderful job. I've got to get that DVD.

Janet, you should be so proud of yourself! Your chair looks amazing and I loved reading your post :D

YOu DID Amazing...i have attempted this once-and didnt go well. BUT you inspired me to try again (it was on same style chair too)...
LOVE IT..
Happy to be your followr- Karryann

well done- I have one also with stains on it crying out for some love like yours.

I hope that I am brave enough to try this! Love your story, thanks for sharing!
Debbie

I'm in awe! I've been itching to tackle a slipcover for a loveseat I have and you have inspired me! Of course I'm in the beginning stages (like the ones you mentioned), so this won't happen soon, but maybe you've put me on the first step today!
Best,
Susan

Hooray for success. I'm just starting my slipcover adventure (2nd Post down on my blog, currently). I'm pleased so far. It's nice to see that it's do-able. Wonderful job here!!!
M.L.

Wowsers! Great job on the slip!! It couldn't have come out better!!

I have been following Shelly for about a year now and love her work but especially her zest for life, family and work. She is truly an inspiration. Your work proves that Shelly is also a top-notch educator. Thank you for sharing.

Have been following Shelley on facebook for about a year now and find the way she leads her life to be very inspiring. Thank you for sharing your testimonial...your work is beautiful! Both of you should be so proud! 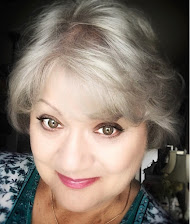 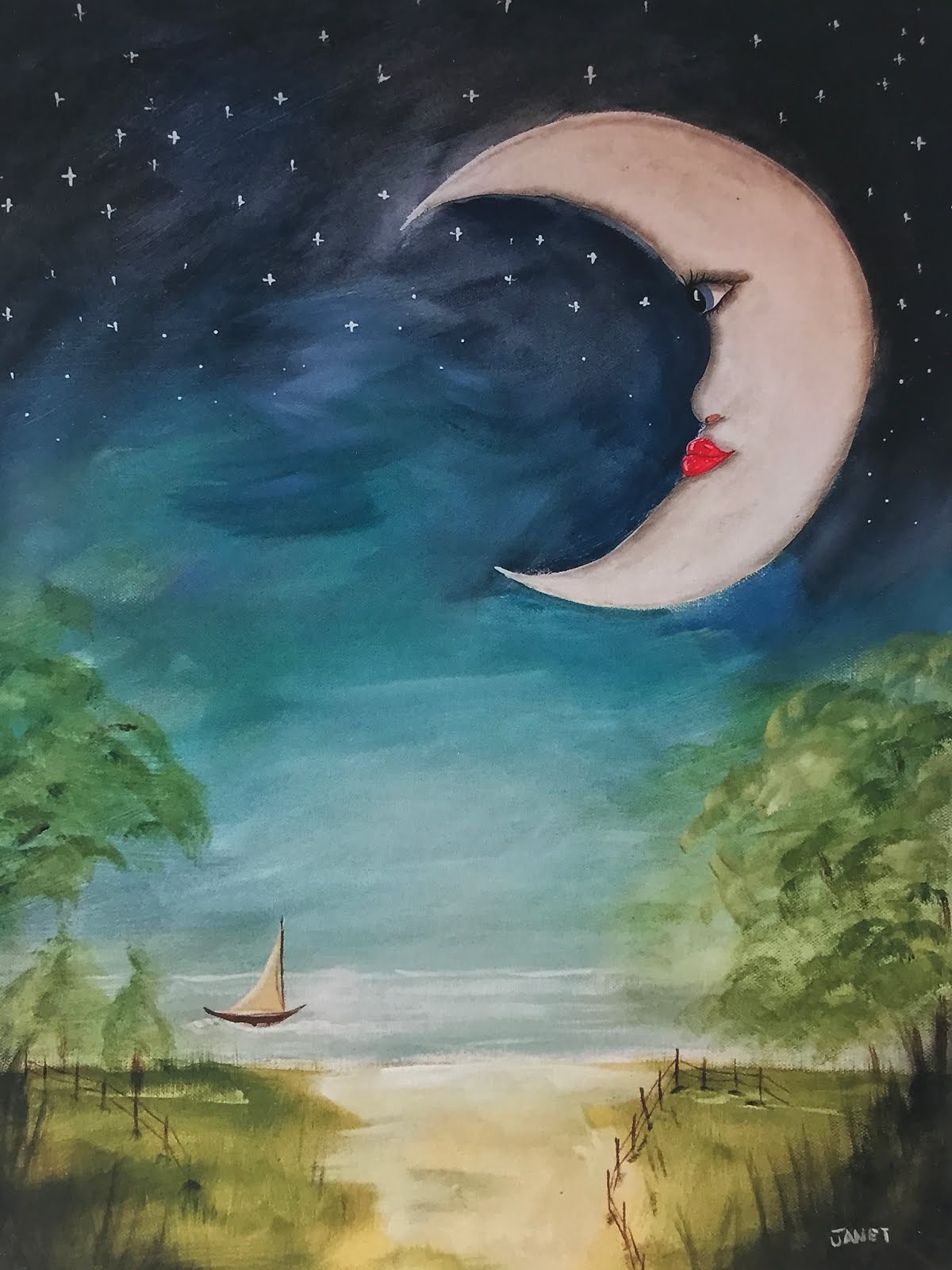 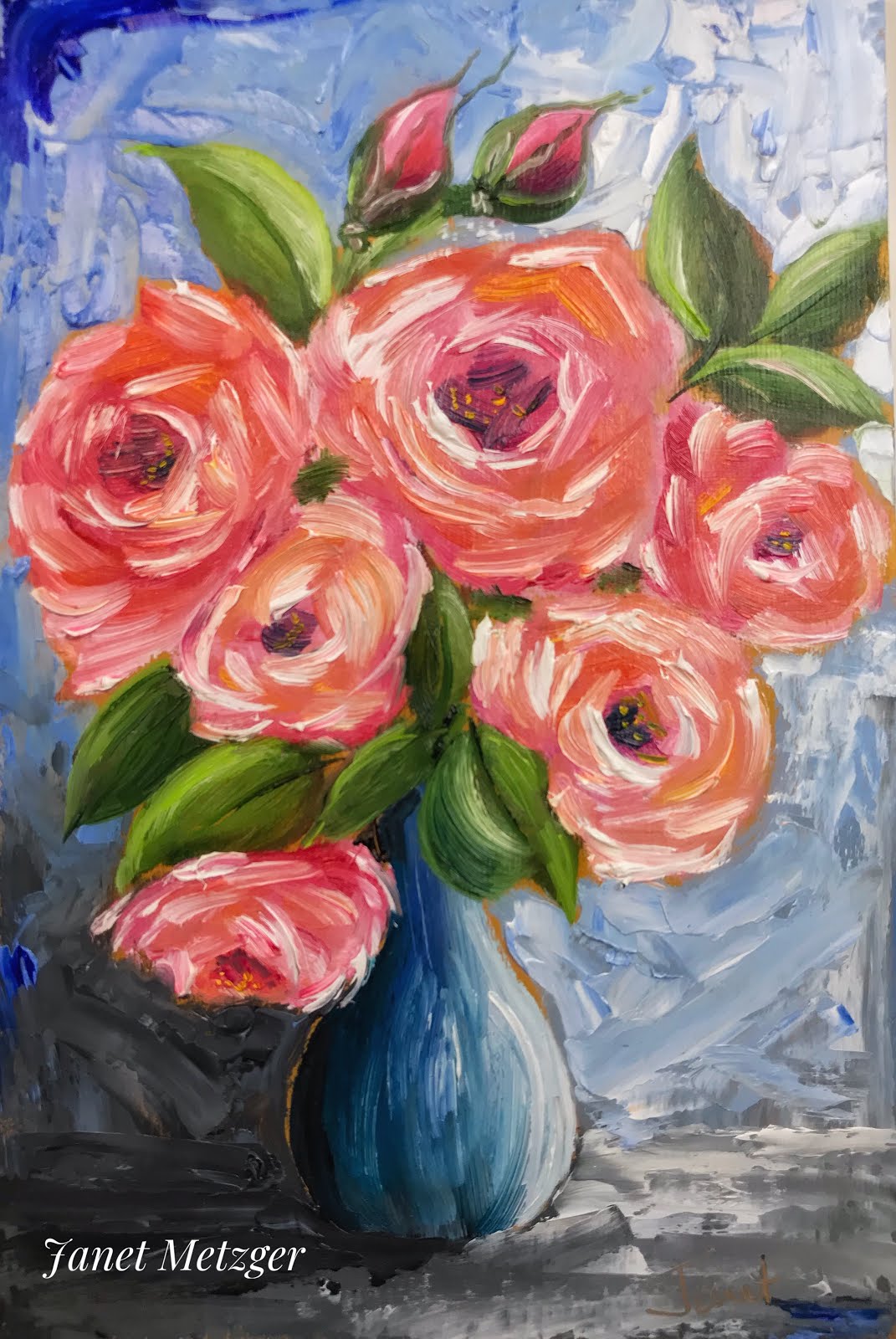 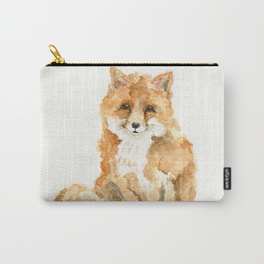